“Neat” – as applied to drinks served in bars – refers to a shot of liquor poured directly from the bottle and into a glass. There is no chilling involved with a “neat” drink. There is never an additional ingredient in a drink served “neat”.
Up, Neat, Straight Up, or On the Rocks

The Custom Elements V1 spec has reached concensus and implementations are going well, which is all great news, but what I find surprising is the lack of VanillaJS custom elements on WebComponents.org. Doing a simple search for “vanilla” only returns a smattering of elements at this time.

I’ve been working on a set of such elements myself, and went looking for others to compare and contrast against, and was surprised to find so little. It would be nice to have a larger selection of “neat” elements to choose from.

For the curious, here’s a screenshot of the elements I’ve gotten so far: 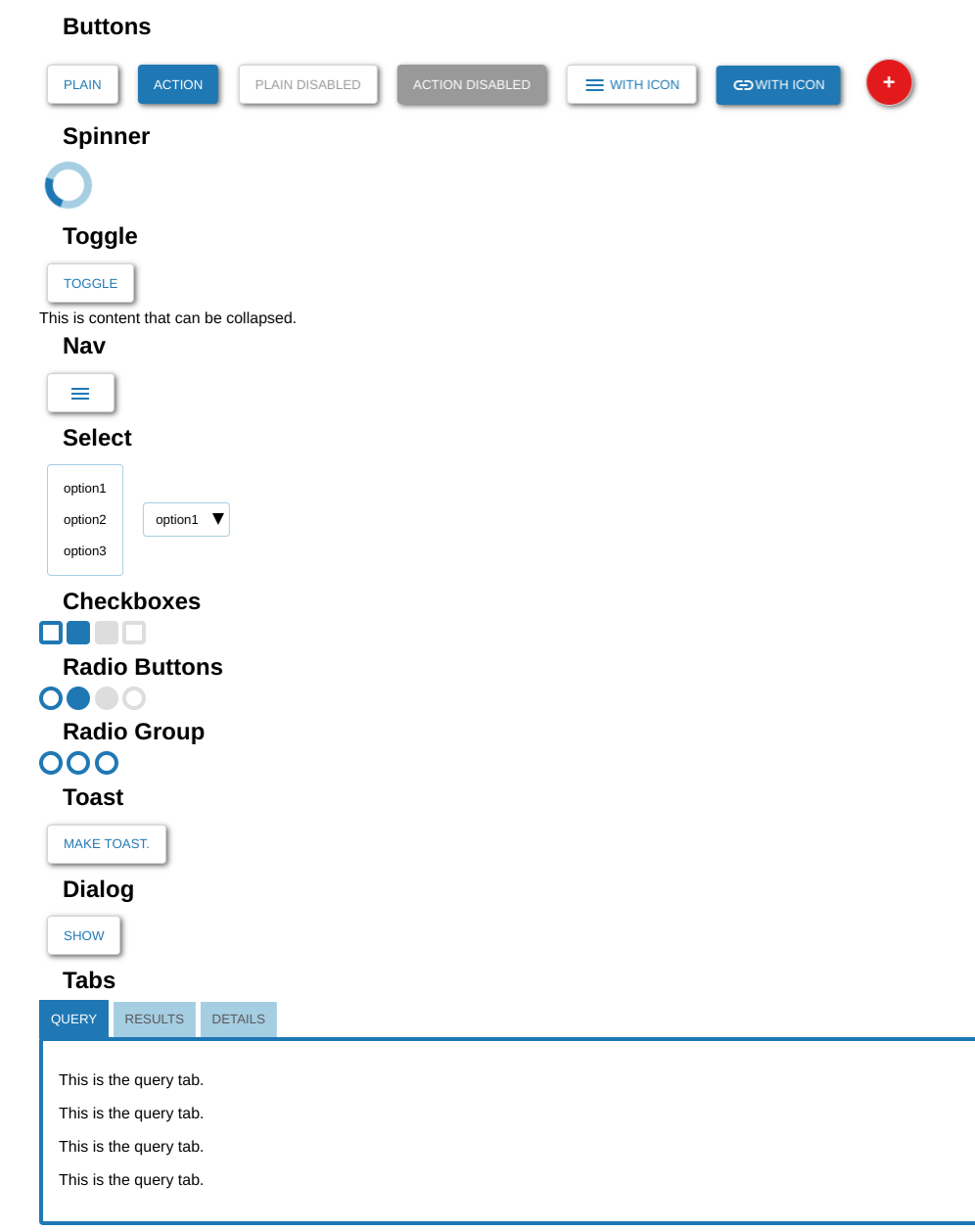 I’ll point to the code once it reaches a slightly less embarassing stage.